If you wish to contact the Chair of our Academy Council, Eileen Flynn, you may do so by:

Emailing the Clerk of the Governing Body: louise.shepherd@learnmat.uk

Aileen has worked at St Matthias since 2006 and been Headteacher since 2014. A qualified English Teacher and SENDCo, Aileen also completed a Masters Degree in Raising Achievement in City Schools. She has led St Matthias as it moved from Local Authority Maintained status to becoming an Academy and in 2016 worked to open a second base in the North of the City at Brentry. She has been seconded into Leadership positions at BFA and Rushhill and is collaborating with Easton Primary on a KS2 Early Intervention Base.

Eileen has been a qualified teacher since 1978 gained her Master’s Degree in ‘Raising Attainment In Inner City Schools‘at the University of the West of England and has taught chemistry and science in secondary school for almost 40 years. For the last 3 years Eileen has been teaching in a primary school. Eileen was on the leadership team of an inner city comprehensive school for over a decade.

The Director of Inclusion and the designated Safeguarding Officer. Eileen has managed  Special Educational Needs , ‘English as an additional language’ department and learning mentors. Eileen led her school to be one of the first two secondary schools in Bristol to be awarded the Inclusion Standard and also to achieve the Healthy School’s award. She also led on the Aiming High project to support the achievement of African Caribbean students. Eileen has worked with colleagues across the city (Bristol) to avoid permanent exclusion of students and was a member of the Fair Access Panel. Eileen has also taught in Japan and worked with colleagues in Canada and Jamaica.

Eileen has been on the Academy Council of St Matthias Academy for over a decade, her ambition is to ensure that all children receive the support and care that they need without having to go through the damaging process of permanent exclusion.

Married with five children and nine grandchildren, Stephen has dedicated his life to education and opened the first specialist College for Asperger's Syndrome at Farleigh Hungerford in September 1996.  He followed this with the first specialist post 16 FE College in 2000. Stephen has since been the Director of Schools Development for the Priory, where his success led to him being offered a seat on the Board of Priory as Director of Education and Development and later Managing Director of Priory Education Services. He went on to lead them in opening special schools around the World, including Boston, USA, and Singapore. After being the Managing Director of the Cambian Schools between 2013 -15, he was a co-founder of 'The Aurora Group', which he built  up to 13 provisions by 2018. He has since stepped down from this demanding work and offers coaching to school leaders. His book, 'Asperger's Syndrome, That Explains Everything', was published in 2012 and highlights his model of successfully running schools for young people with Autism. 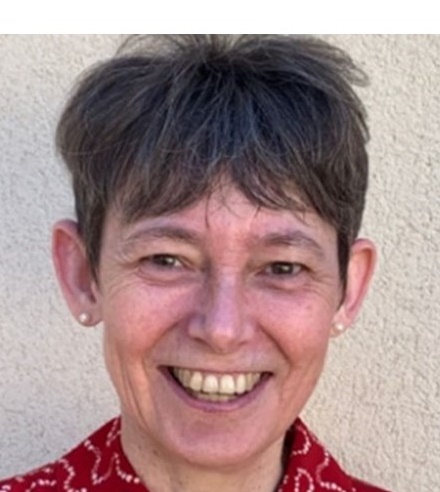 Jen is extremely proud to have joined the trust in August 2021. Her vision is that across our academies we provide high quality learning opportunities and individualised therapeutic provision for children and young people who have been identified as having social, emotional, mental health (SEMH), social, language and communication needs (SLCN) and autistic spectrum condition (ASC). By doing so, provide our children and young people with the best possible education and to secure for them a positive and fulfilled future.

Felicity is the English teacher at St Matthias Fishponds site as well as the literacy lead. After teaching for five years in mainstream education, she took a short break to travel in Asia. On her return Felicity made the move to specialist provision. She has now been teaching at St Matthias for the last three and a half years and loves challenges and rewards that come with working there.

Having grown up in the South West Sam Williamson began as a languages teacher in the world of education following a successful career in local authority revenues. Having worked all over the South of England in various senior leadership roles Sam took up a Headship of a very challenging school in coastal Kent and was fortunate to have been invited to speak at various events including The Headteachers Roundtable at Number 10 Downing Street on Coastal Challenge. Having taken this school on a transformational journey Sam returned to the South West as Principal of Merchants’ Academy leading it out of Special Measures.

Sam now holds the post of Executive Lead for Secondary at Venturers Trust and is developing a coaching culture and Professional development Institute for The Trust. Deeply committed to social equity Sam is invested in research- based approaches and grounded in authentic values driven leadership. Sam is very proud to be involved in system wide transformation via the involvement with the newly created Five Counties Teaching School Hub and acutely sensitive to the needs and benefits of a collaborative approach to building capacity to transform the outcomes for all young people in the South West.

Kamila’s passion for supporting the education of young people started with her degree in Sociology and Social Policy, and when she volunteered in Malawi as a community support worker for Nancholi Youth Organisation. Between running groups promoting gender equality, building an orphanage and teaching in a local primary school, this experience inspired her to continue working with young people. Kamila strives to support the mental health and well-being of students and raise their self-esteem by encouraging them to understand their strengths and weaknesses. She works to provide young people with strategies to overcome challenges, with the overarching aim of supporting them to be responsible, successful and independent adults in the future. Alongside this, Kamila works with staff to ensure the school is a stable and comfortable working environment in which staff can share their feelings and worries and ultimately thrive in their environment.

Kerisha is originally from Jamaica, having moved to England at the age of 10 years old for the chance of better educational resources and support.  It led to her being the first person in her family to go to university, gaining a degree in Film and Screen Studies with Media Communications from Bath Spa University, working in film and television production shortly after graduating.

Kerisha is passionate about the creative arts, different social justice causes, having grown up as a member of Bristol's BAME (Unity) and Green Capital Youth Forums.

Before starting her current role, Kerisha worked as a PR, Marketing and Business Administrator for a local adult social care provider, specialising in health and wellbeing for both staff and service users.  This has led to her being a volunteer with Coproduce Care, campaigning for and supporting parity with the NHS for the social care sector.  Working in Social Care has been the driving force to joining the special educational needs sector.  She aims to have a positive impact on the lives of students across the MAT.

Kerisha has launched mental health podcast and blog around health and wellbeing resources (helping anyone who gets in touch with research or finding support available in their local area, but lack of knowledge or resource to it themselves).

Emma has worked in education for over 20 years and started her teaching career in Downend School in 2020.

For the last 13 years Emma been based in Weston Super Mare and is now Principal of the Voyage Leaning Campus, the North Somerset pupil referral unit.

As a Fishponds resident, she is  pleased to be part of the academy council and supporting staff in their work with the young people of Bristol.